Click the pictures below to learn a little more about each district and view all of the luxury condo, boutique, loft & heritage conversion buildings that have been selected in that area. 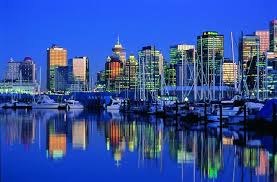 
Coal Harbour is approximately one mile long and a 1/2 mile wide. This town acquired it's name from a Gold Rush in the late 1850s, when major coal seams were unexpectedly discovered there. This discovery marked the beginning of industrialization in this great city, which eventually led to development of the beautiful and luxuriously impressive residential area that Coal Harbour is today. The city of Coal Harbour serves to connect the downtown area of Vancouver to Stanley Park. Residents living in this beautiful city enjoy over 20 kilometers of shoreline public access. With Vancouver's financial institutional headquarters in neighboring proximity, it is not challenging to understand why Coal Harbour has become one of the most desirable and sought after luxurious waterfront living locations in the world.


Established the same year that Canada became a nation, Gastown grew into Canada's third largest city and one of its most cosmopolitan. But the Gastown district today retains its historic charm, independent spirit and distinctiveness. There's no mistaking Gastown for any other area of Vancouver. Today: Gastown is a refreshing mix of old and new, downhome and upscale, a place for tourists, Vancouver residents and office workers alike. Various shops have the streets buzzing during the day. A host of restaurants and nightspots keeps the area humming into the wee hours. Gastown is becoming home to permanent residents…just like in the old days 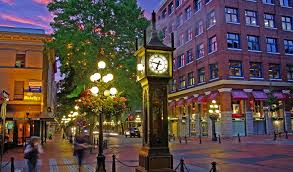 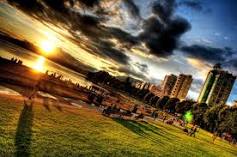 
The West End is bordered by downtown on the one side, Stanley Park on the other and by water on two. By 1973, Residential streets were blocked to squeeze traffic out of the area and back to the main routes. At these junctions, mini-parks were built and throughout the area a respect for the preservation of the area's heritage buildings became a priority. Building began to go low-rise again and a sense of neighborhood pride has emerged. The West End is still Vancouver's playground, home to its most popular beach (English Bay) and its most popular shopping street (Robson)


Yaletown got its name in the 19th century when the Canadian Pacific Railroad moved its rail yards and repair facilities from Yale, in the Fraser River canyon, to the new Yaletown on the north shore of False Creek. Yaletown Known to many as Vancouver's little Soho, Yaletown has experienced a revival in the past several years to emerge as downtown's trendiest residential neighbourhood for urban professionals. Impeccably hip, Yaletown is brimming with quality restaurants, boutiques, and galleries. Yaletown has a block area bound by Georgia Street to the North, Seymour Street to the West, False Creek to the South and Cambie Street to the East, Yaletown retains the red brick charm of its history as a 19th century rail yard. 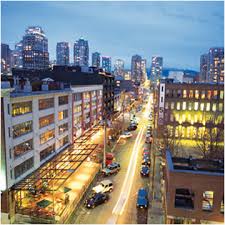 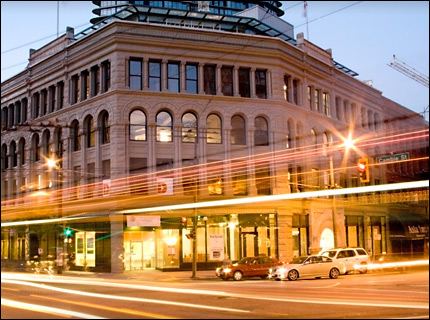 
Crosstown, a little corridor between historic Gastown and trendy Yaletown, has emerged as one of these up-and-coming areas that local Vancouverites are starting to notice.


False Creek runs from Quebec street near Science World to Granville Island on the South shore of the water. The False Creek area was the industrial heartland of Vancouver through to the 1950s. It was home to many sawmills and small port operations, as well as the western terminus of the major Canadian railways. As industry shifted to other areas, the vicinity around False Creek started to deteriorate. South East False Creek is now under development and served in 2010 as the athletes' village for the 2010 Winter Olympics. Fully built out, Southeast False Creek will eventually become a residential area for 16,000 people. 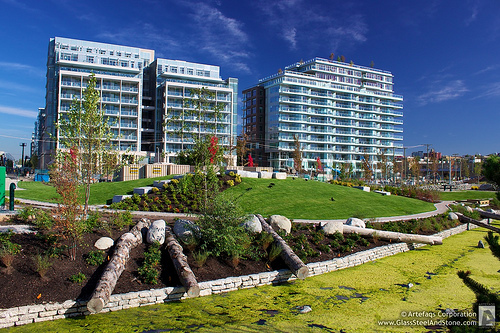 Service is everything for David Green. He expects it, and he delivers it. That's a promise of performance you can rely on in your search for the ideal home, condo, townhome or investment property. To get started in your search, view my featured listings.